This morning we were honoured to have alumnae Angela Cullen (nee McNaughton) speaking at our Achiever's Breakfast in Te Poho.

Angela (class of 1992) is a former NZ hockey representative player. Since 2015, she has worked for Hintsa Performance and is attached to the Mercedes-AMG Petronas F1 Team. She is now best known as the physiotherapist and confidante to seven-time Formula One world champion Lewis Hamilton.

Angela spoke about her fond memories of TGS including her many sporting interests, her experiences as Deputy Head Girl back in 1992, and the wonderful friendships she made with both staff and friends who she still keeps in touch with now, especially when back home from France where she now resides. The school acknowledged her achievements in the international sporting field by adding her to our Distinguished Alumni honours board for Services to Elite Sport. The school also welcomed back Year 12 Maggie Squire from the Commonwealth Games and congratulated her on representing NZ on her biggest stage yet! 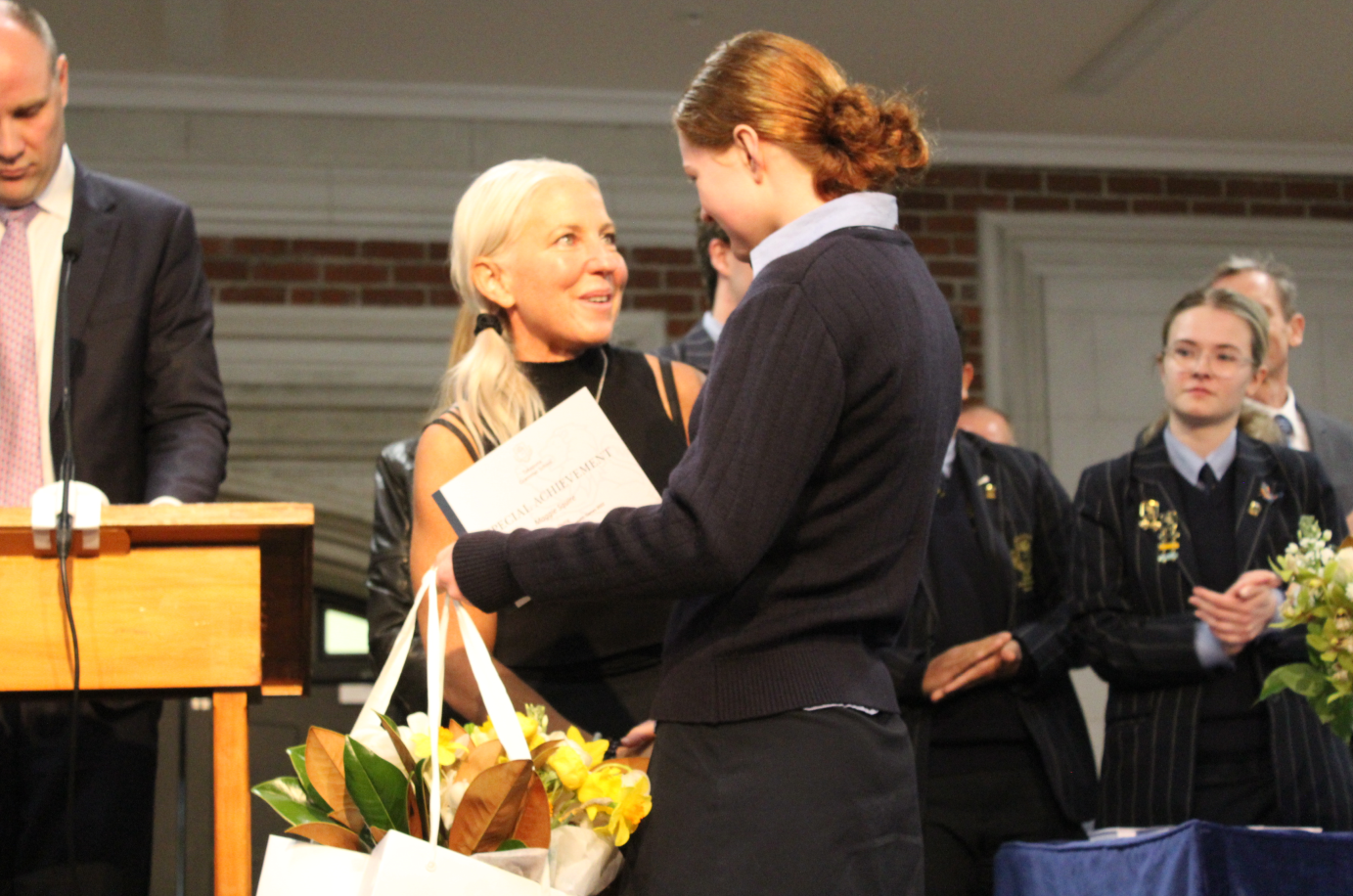 Congratulations to all the recipient's of awards today. To view photo's from the event, please click here.